Many of you know that I built a 4.2L project a few years ago. The short story is the clutch we spec'd for it failed and caused the crank to be pulled into the journal bearing killing ring seal and a few of the bearings. So what to do?

Do it bigger, better and the most bad ass that has ever been done.

The specs we're aiming for:
500whp with a 9000rpm redline (gotta keep up with the new kids on the block). Including full Motec M1 plug and play integration for engine management.

To make this happen a lot of design work was required and changes to the bottom end, pistons, rods, and major changes to the stock valve train. Removing mass in the right places from the rotating assembly is obvious, another key to achieve our goal was to pull mass out of the valve train to support cams with more aggressive lift and ramp rates and to be able to use valve springs with less preload to not beat up the softer BeCu valve seats/guides. Lots of engine porn pics to put up as we go and happy to answer questions along the way.

I'll add some pics a bit of background as we go. For now a picture of her before going under the knife... 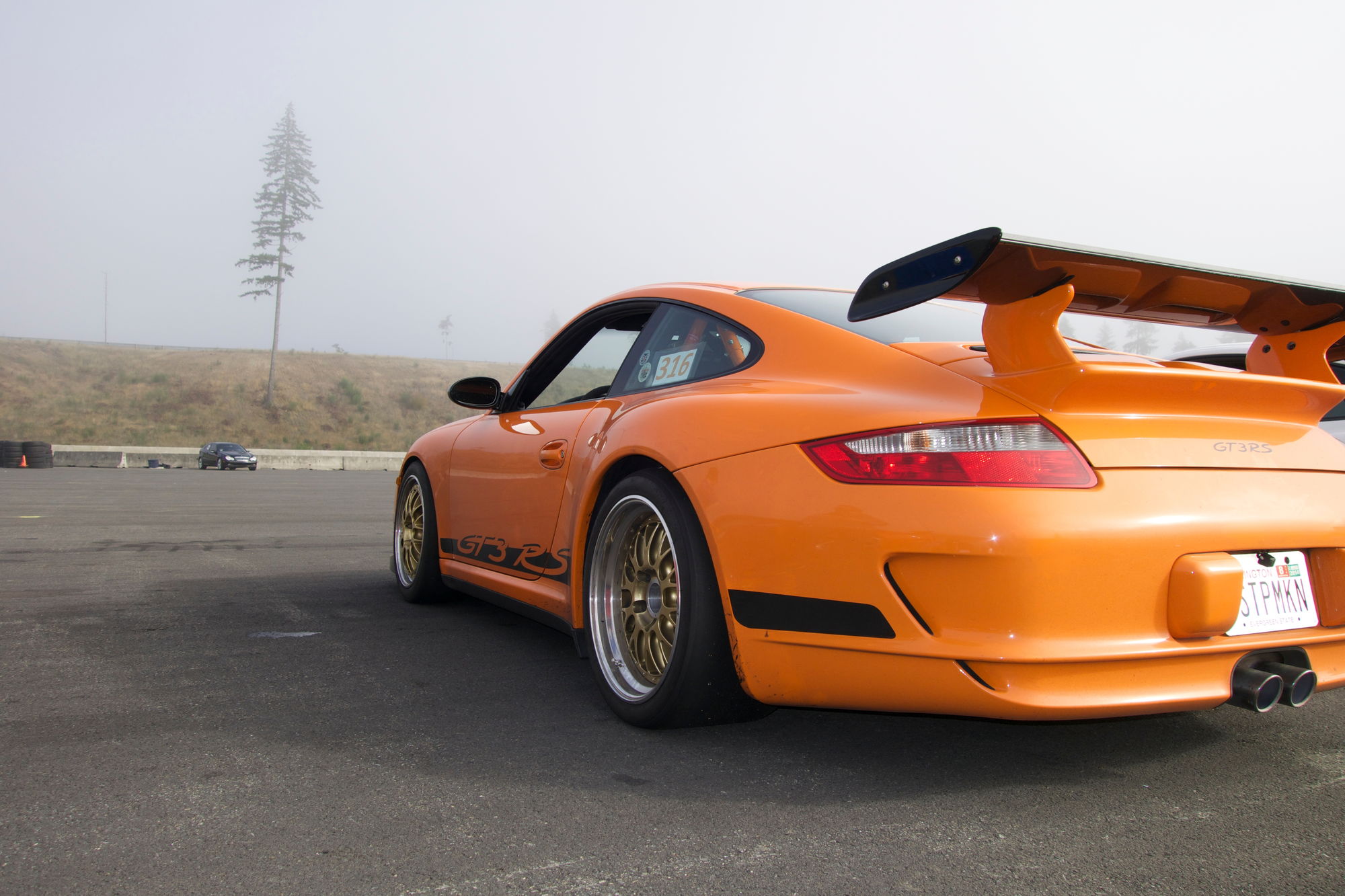 A little back story of how the 42R came about. The first engine built was 4.2L in displacement, (105.40mm x 80.40mm) and built to a level of technology similar to many others like it. The 42R morphed out of a 4.0L engine program designed to match and possibly surpass in some areas the factory GT3R race engine. This is our 40R engine platform that is now offered. Looking at the 40R engine we decided that a lot of the same parts and technology could be used to make a 4.2L version of the 40R. The 42R is the result.

The R platform is an engineering exercise to show case the engine technology and engineering level Dundon Motorsport has decided to invest in and offer to the Porsche® community. We decided to offer a level of engine not presently offered outside of Porsche® Motorsport.  All of the parts included in the 40R and 42R engines are designed and manufactured for these engines. No Porsche® Motorsport parts are used in either engine.

Unlike the first 4.2L engine, the R engines are designed as a totally new bespoke design based on the GT3 engine. Not one part of the original GT3 engine is left as stock. The engine case is modified, along with all new designed parts that make up the rotating assemblies.  A new designed Crankshaft made from a different steel produced a lot stiffer and lighter design. The connecting rods are a new design and made from Titanium. A new Piston design also made lighter and more ridged with only two Rings and a smaller Pin. The weight saving here was required to allow the engine new RPM limit.

The cylinder heads are highly modified now with Beryllium Copper valve seats and guides along with Titanium Valves, Spring retainers and Locks. The air flow was increased to match the RPM we will run. Two new cam designs were produced for the Intake and Exhaust to make use of the extra airflow. Solid Cam Followers were designed as the hydraulic followers would limit the RPM. Lowering the rotating and reciprocating mass is essential if you want to run above 9000 RPM.

The R platforms have required us to look at new methods of manufacture as well. The camshafts are now modular allowing easier changes to be made for different applications. Different surface finishes have been utilized optimizing the friction levels as low as possible. Frictional losses are the easiest losses to overcome and gain back lost performance.  The R engines have been from the design stage, considered as six individual one cylinder engines connected together with a common shaft. This way we considered and applied engineering to each cylinder and worked on producing the maximum performance from each cylinder, not from one six-cylinder engine. We know from past experience which cylinders are typically lower performers and focused our attention on them. By raising these cylinders up to match the others we gained back lost performance otherwise missed in building an engine.

Our Exhaust systems were approached in the same manner. Engineered and developed for each application and not a copy of another system. The results came as the systems were designed and built to match the engine they are fitted too.

The 997.1 GT3 stock valve train has 4 valves/cylinder, 2 cams/bank with hydraulic lifters/lash adjusters. We took a long look at this and found some areas of improvement for us to reach our goals.

To get more air into and out of the cylinder we need cams that are more aggressive, more lift, higher valve acceleration (opens faster) and more duration. Unfortunately you can't just cut a more aggressive cam and put it into the existing system. A few areas we knew we had to address were the mass of the valvetrain, and the geometry of the cam/lifter interface. 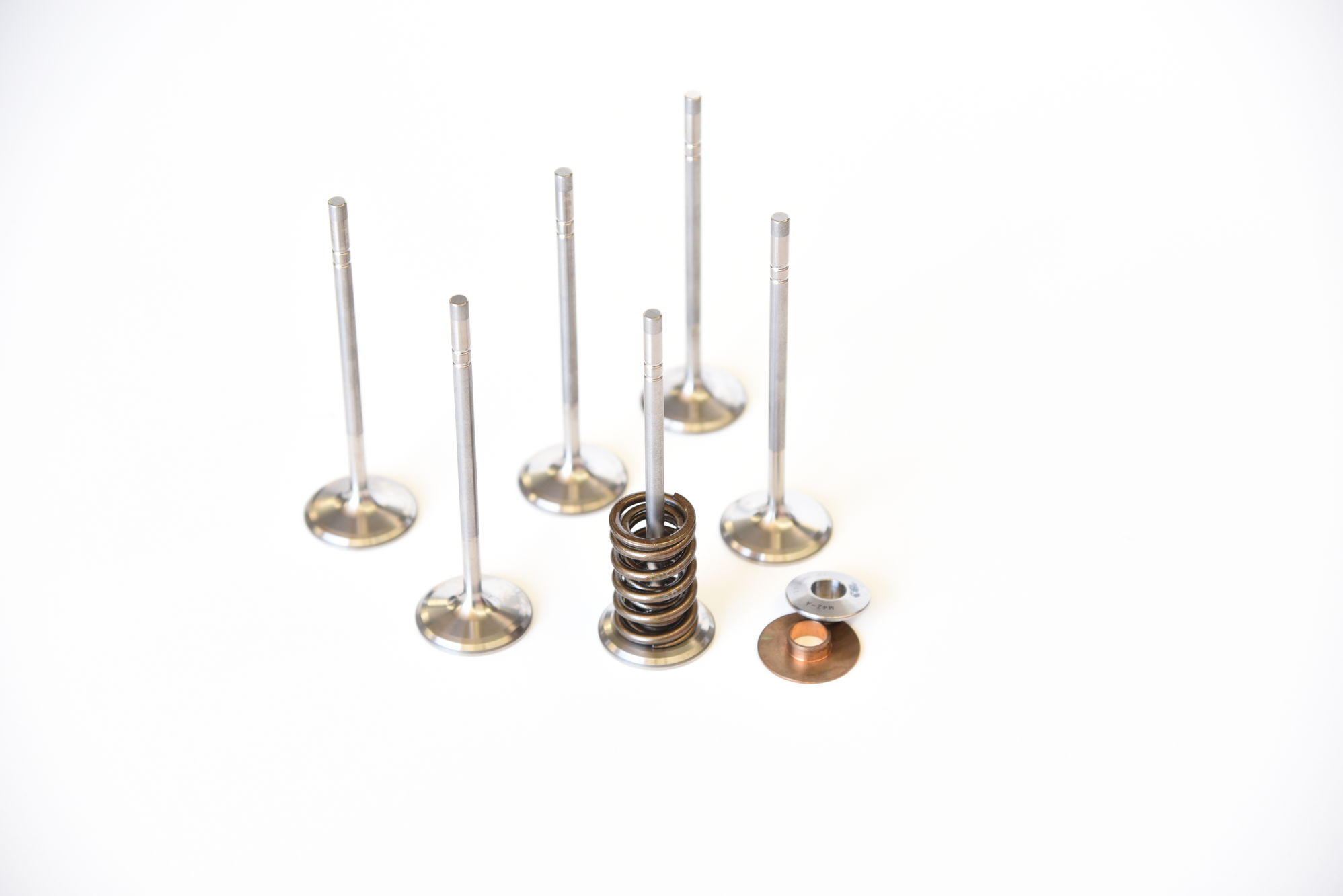 To further remove mass from the system we went to a solid lash cap, this has a radius on the top cam mating surface and is DLC coated for longevity. This removes a large amount of mass from the system which allows things to move quickly without requiring super stiff springs to control it all
The radius follower increases the speed the valve is put into motion off the seat and "fakes" out the cam lobe to think the follower is larger in diameter which allows greater lift geometry. Other wise if the follower was flat, the cam lobe would run off the edge of the follower and things have a habit of breaking when this happens. 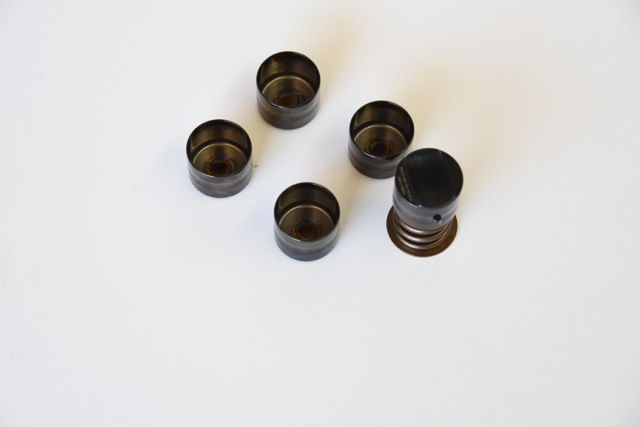 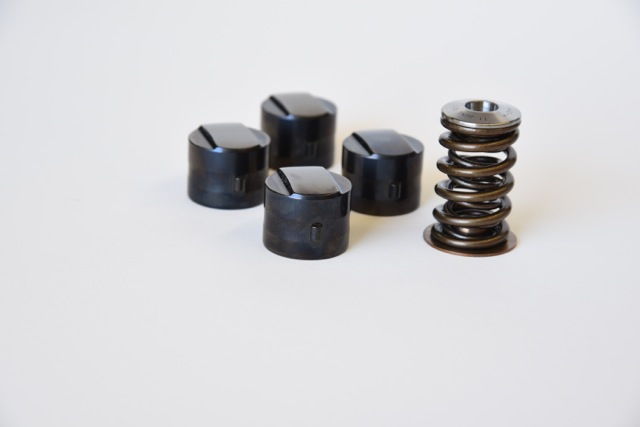 The purpose of the rod is to transfer the force of combustion happening above the piston to the crank shaft to create torque. Requirements on the rod are to be strong enough to handle the cylinder pressure and light enough to not put undue load on the bearings as the piston changes directions. 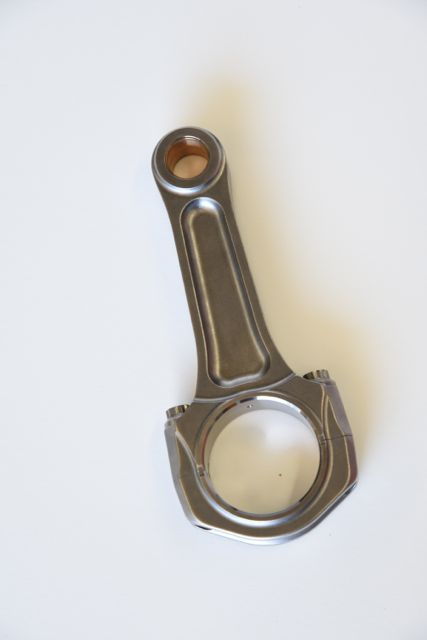 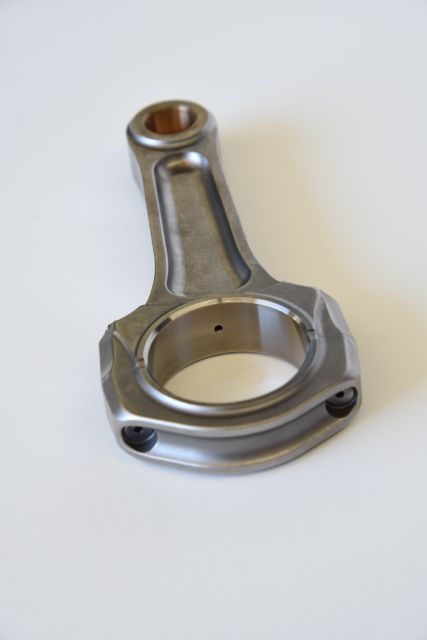 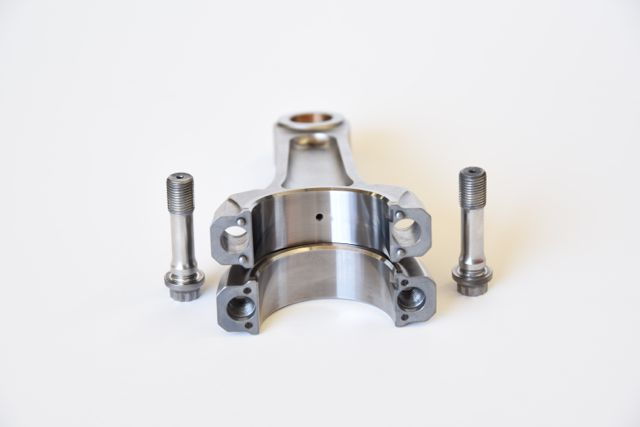 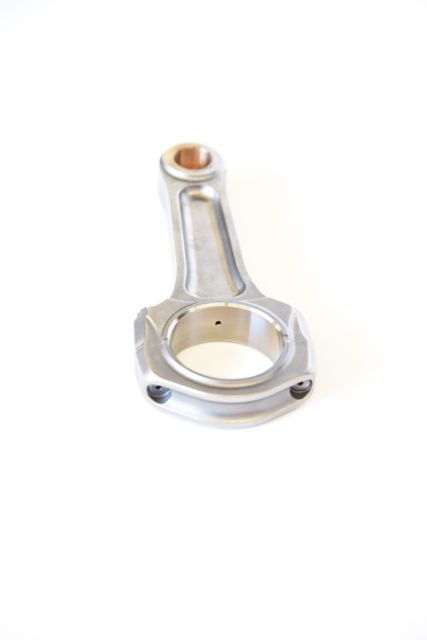 
We've put a lot of engineering time into the rods to gain as much length as possible (this also blurs into the piston design, wrist pin location and size, rod bearing size etc.) and to keep them as light as possible.

You gain mechanical advantage by increasing the stroke of the crank. the rod/stroke ratio needs to be as high as possible to reduce side loads on the cylinder walls or you will prematurely wear the cylinder bore, scuff the sides of the pistons, etc... We went through a few iterations to get to the rod you see here. Adds length, keeps the wrist pin oiled, is super light and will allow the entire rotating assembly to rev to 9000rpm!

So 105.4mm pistons from Mahle are already available and have been used by others in their builds, why go through the trouble to make different custom pistons, also from Mahle...

Well first off, let's back up. The 105.4mm piston commonly available is for a stock stroke 996/997 GT3 engine looking to go to 4.0L without changing the crank or rods. This is all fine and they work great. PJS has a 4.0L engine built by Dundon Motorsports built exactly this way and it's been awesome, so nothing wrong with them at all!

If you're looking to get the most out of a stroked big bore engine then you need to get the pistons as light as possible, reduce as much friction as possible and make the rods as long as possible (covered under the Ti Rods discussion above).

The pistons below have been reworked to be a 2 ring piston similar to what's in the 991GT3. In every engine, the amount of energy released when the combustion even happens is not fully transferred to the wheels. There are losses for pumping the air into and out of the engine, that is one reason intake and exhaust modifications can free up power to the wheels. Another area that power is lost is to friction, this is why OEM's have been going to thinner and thinner oils, if less power is lost to friction, they can make an engine that produces less over all power but has the same power to the wheels and consumer less fuel, but I digress. So if we're looking for an engine to produce more power one way to do it is to reduce frictional losses and going to a race style piston with 2 rings is a significant frictional savings..


The wrist pin is another area not to be ignored. It is thicker and of smaller diameter so we can push the rod closer to the crown of the piston, this allows us to get the rod as long as possible improving the rod/stroke ratio and minimizing the side loads on the cylinder. 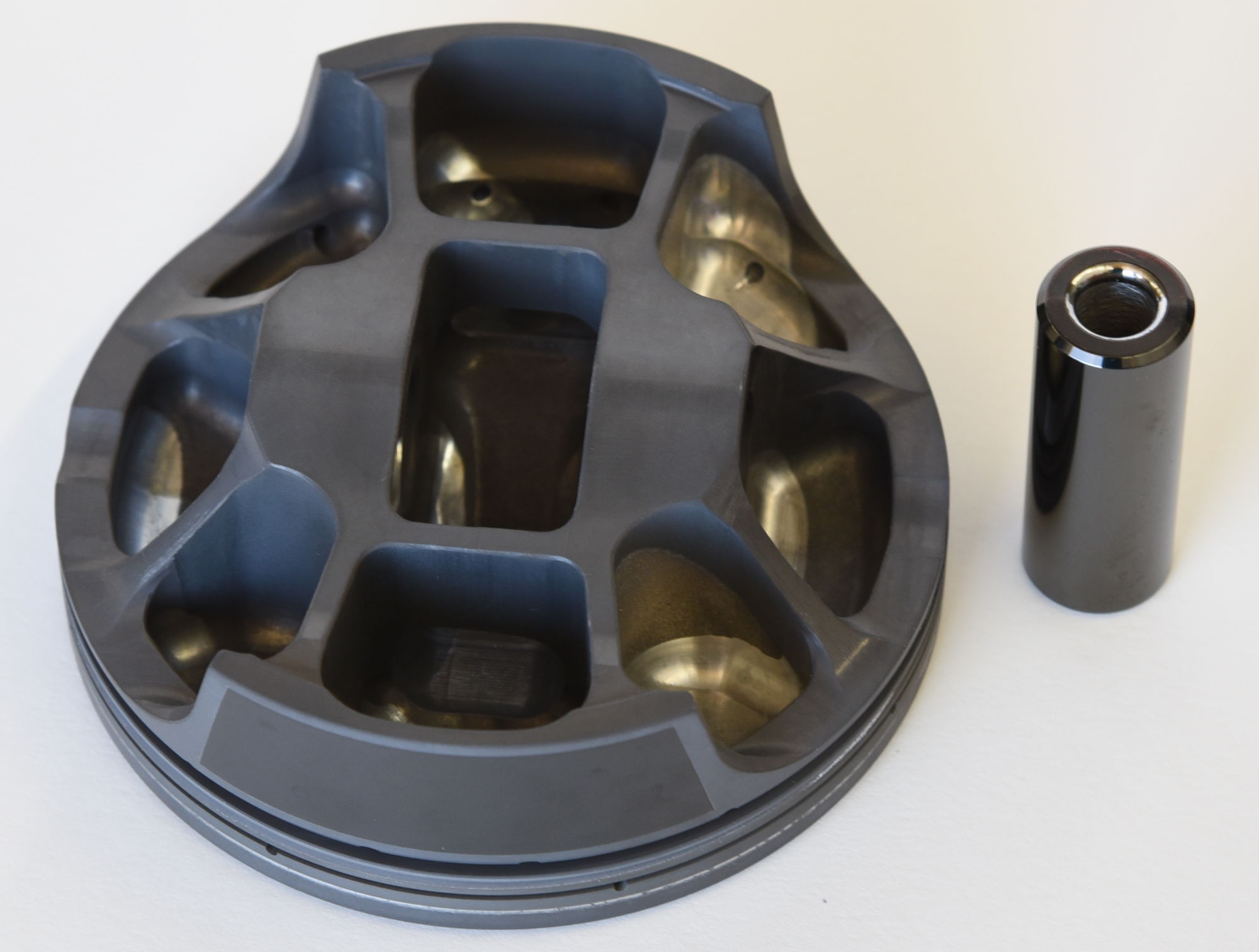 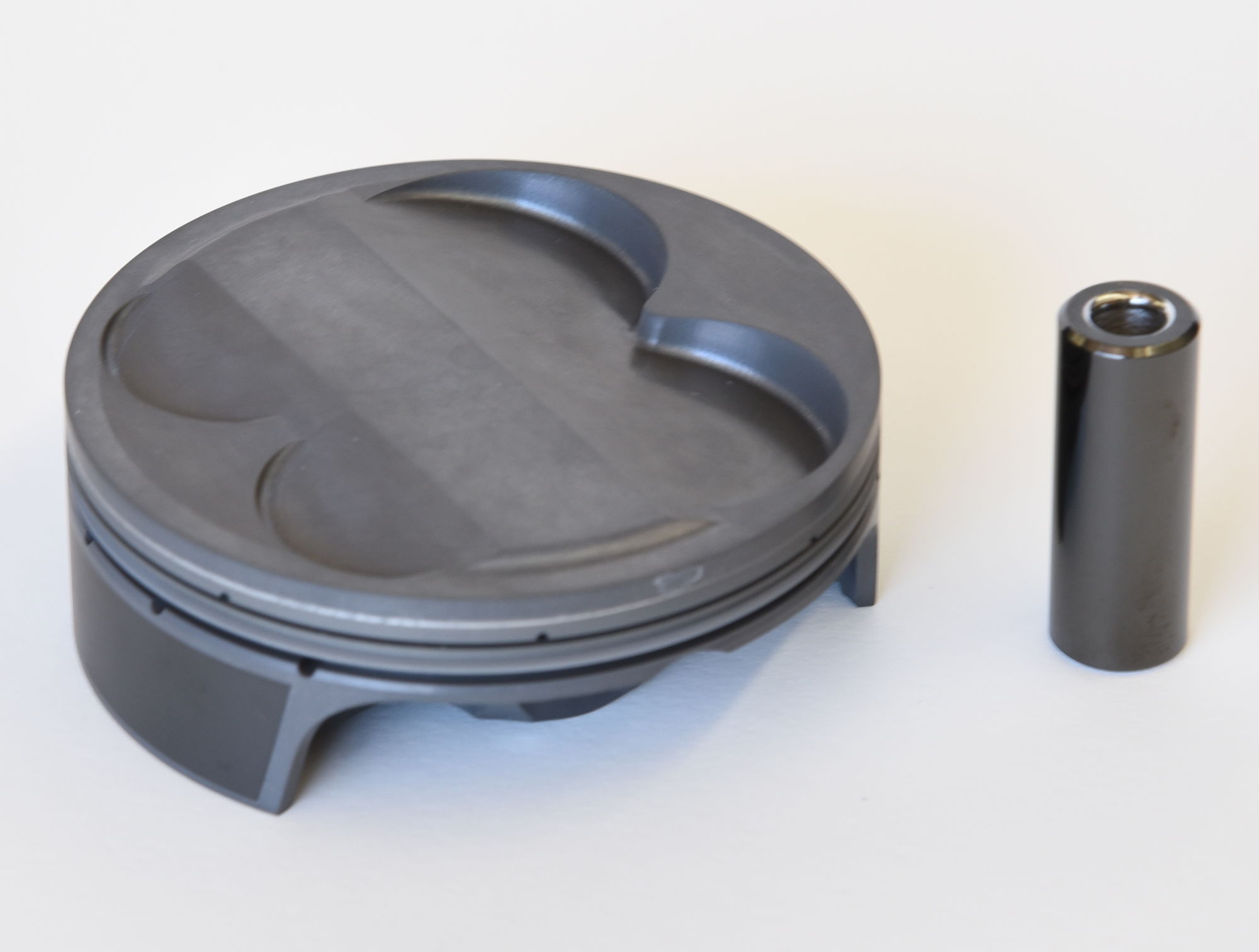 
There are the typical gas expansion ports by the rings and bridging and gusseting from the crown to the wrist pin.

I'm sure I've forgotten to include some stuff, but this is the general gist of it.

The 42R crank is made from 300M/S155 steel, has ultra high strength, good fatigue resistance and excellent transverse properties and as such finds many applications in the aerospace industry such as undercarriage components, gears and shafts and has a proprietary heat treat.

In the 42R Crank, oiling is direct from the Crank Journals to the Rod journals. In the stock crank, Rods are fed from #1 main and # 8 main. Oil winds it way through the crank on the inside from front and rear to center. This isn't ideal and typically ends with rod bearing issues near the center of the crank.

We feed each rod directly with a straight path from each adjacent main. Keeps the oil pressure as even as possible at each rod.

In addition we add counterweight over the stock counterweight as we balance/overbalance the crank to help counteract harmonic forces. The stock cranks are notorious for oscillating and by making them lighter it takes less energy to make them oscillate worse. This makes the cranks break, or cause them to break other items (oil pump gears, push cam actuator bolts, flywheel bolts out, etc.) Most want to remove counter weight by "knife edging" for windage and so the engine revs more easily. Any benefit to reducing counterweight in a flat six engine are overcome by the longevity benefits and there isn't much if any windage to overcome in a dry sump flat 6 engine.

This is the heart of the 42R and is what the rest of the engine was built around.

Engine is being assembled, was delayed with a World Time Attack Challenge team that needed some last minute help!

Will discuss the Motec M1 plug and play engine management in the next few weeks, talks to all the modules via CAN and allows HUGE flexibility ,flex fuel, multiple maps, detailed logging, engine protection strategies, motorsports traction control, and so much more.

Also will discuss the Capacitive discharge ignition we plan to use and very much overlooked part of the performance package...

So much with this project was designed from nothing and was typically only seen in full on race cars... Until now...

Some pics of the 42R Stroker Crankshaft. I'll update more specifics on it in a day or so... 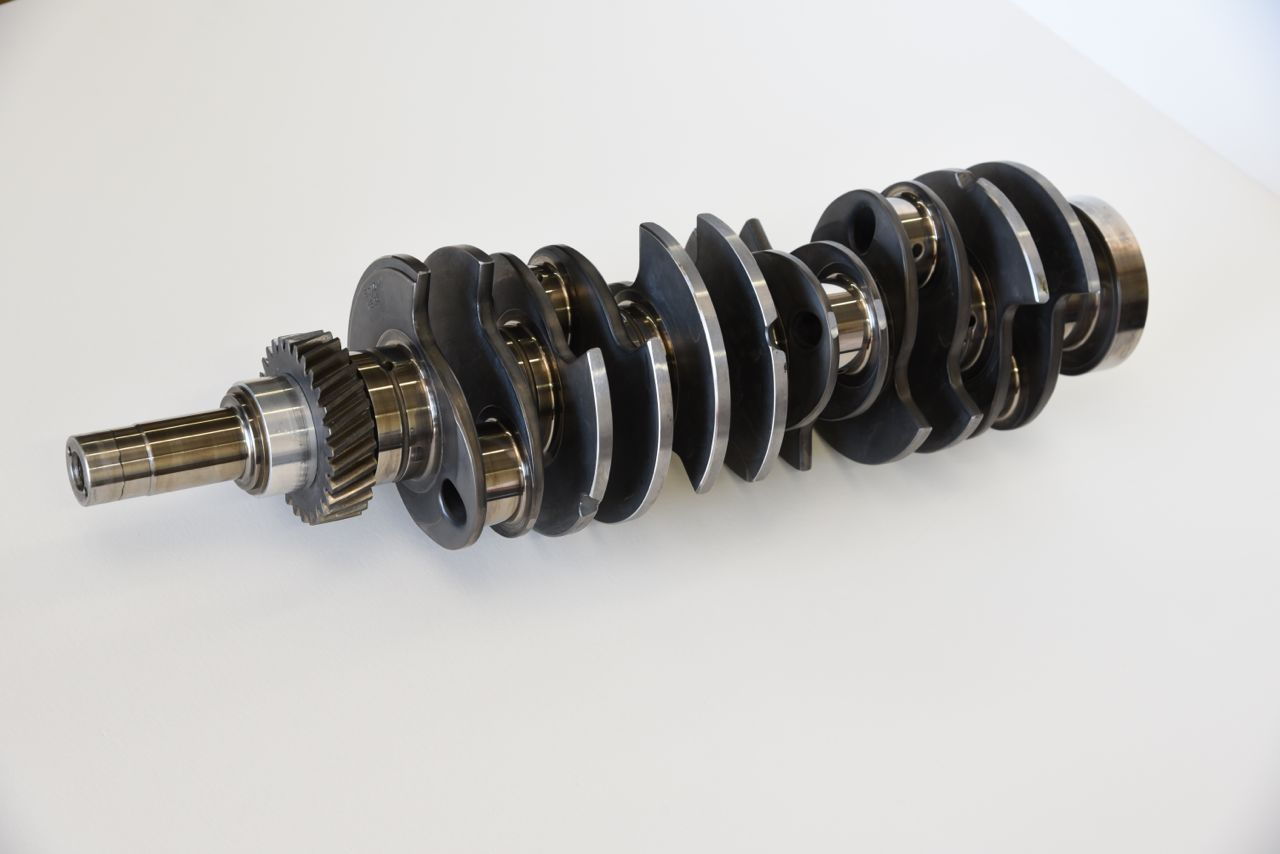 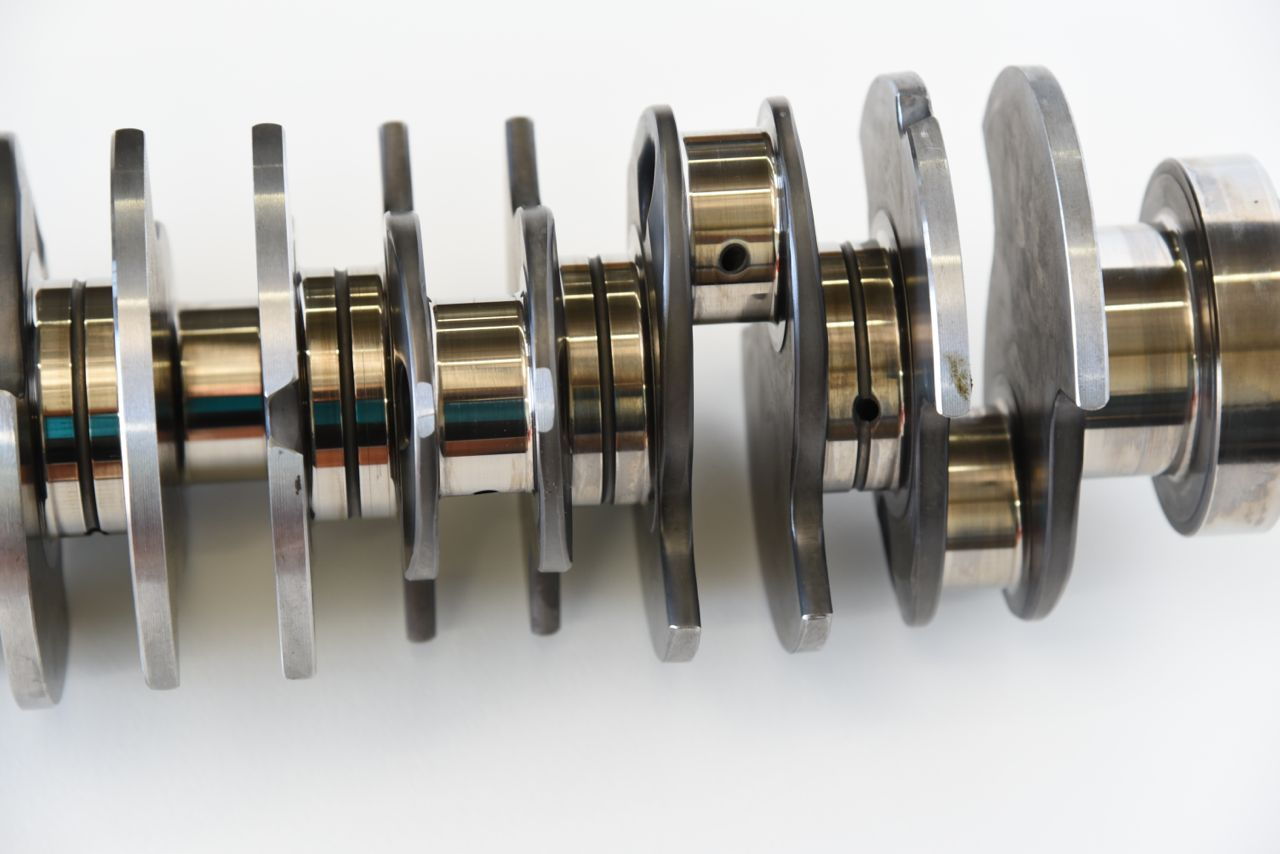 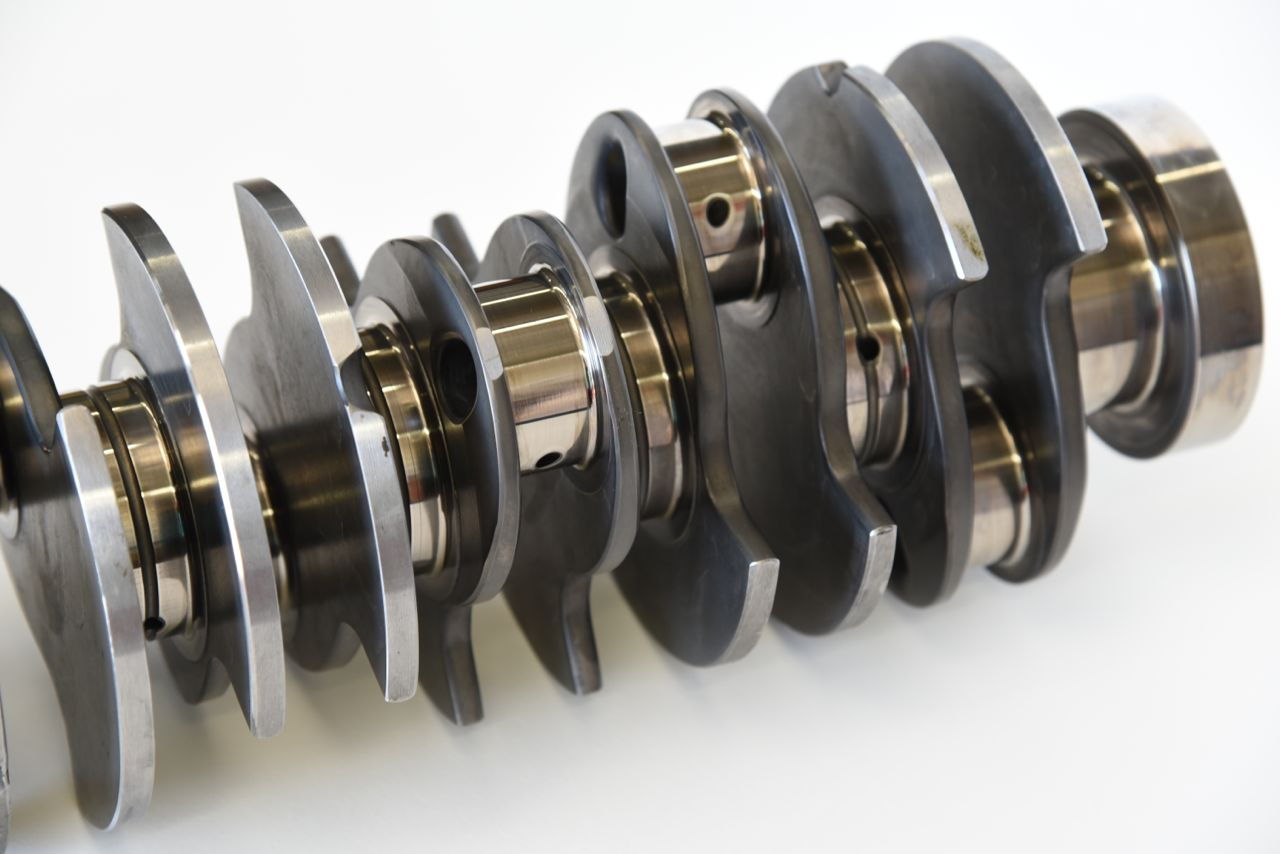 I'm very happy with it. In terms of affecting the cars outright performance, as such, I cant really say till I've been on the track, strip or Dyno with it - but Ill eat my hat if the car isn't measurably quicker in all situations. On a fast back road run for 150 miles it felts quicker for sure but in terms of lap...
~ Mark, Australia: 991 GT3 Race Headers