Here's before and after trap speeds from one of our first customers Abdullah in Qatar, on his 991 GT3 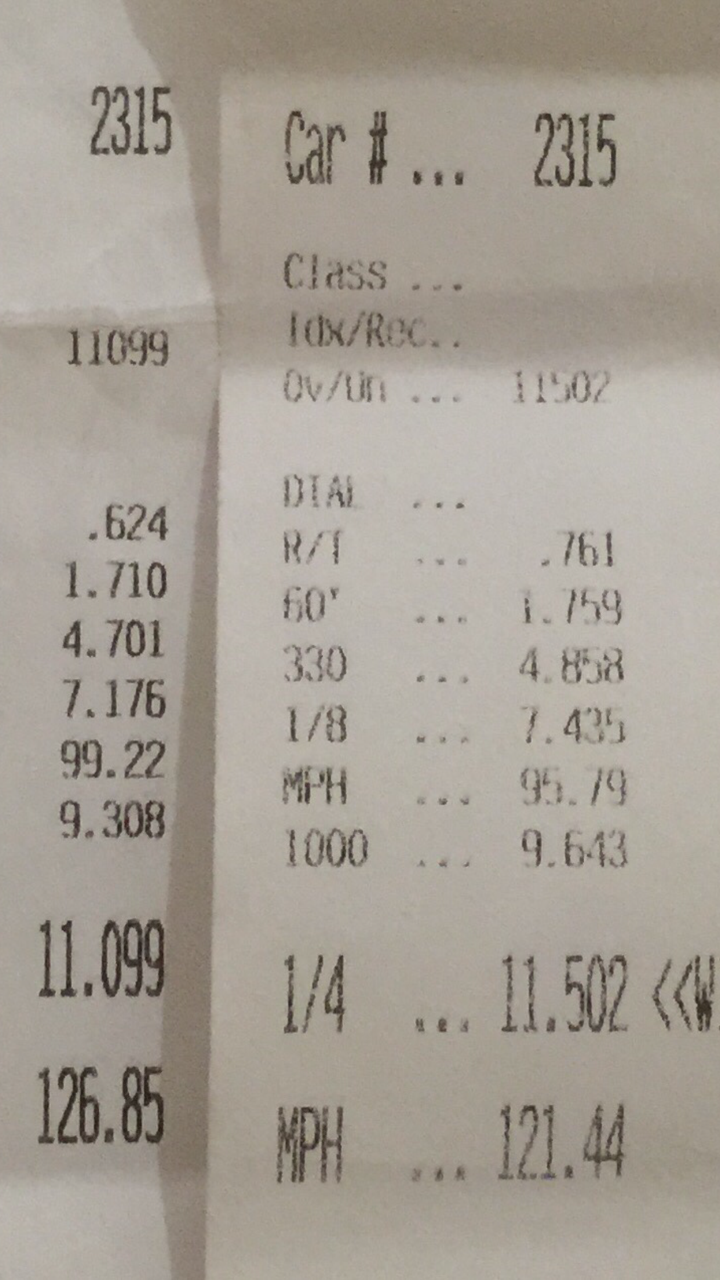 Dundon Race on the Left, Center Muffler bypass on the right.

This is just basic physics, accelerating a known weight over a known distance and using the ending velocity calculating the power it takes to achieve that velocity...

Estimating the weight at 3350 gets us pretty good alignment with stock numbers at the crank... (car is advertised at 469 SAE HP)

This also would include the effect of ram air which we know adds power, but is hard to reproduce on the dyno. Also changing the weight of the car has an obvious effect on the numbers, but the delta stays about the same. It also looks like a center delete may lose a bit of power, but would need more data.

This is more power than we record on the dyno, but it isn't a surprise as the decklid is designed to capture air and force feed it into the engine...

You're all free to go run the numbers or play with the calculator yourselves...

The increase was enough that the race tech guys pulled him out of line and searched the car for NOS...

Laurent purchased a Dundon Lifetime 321SS Black Muffler to go with his Race Header System and Carbon Dual Cone Intake "At idle, sound is suggestive: not that loud but you feel the engine can tell what he thinks. At low revs and duty, sound is soft. It is even strange how they managed to keep the car that streetable. When you push it harder, sound is more...
~ Laurent, Reunion Island